How are weather hazards caused? 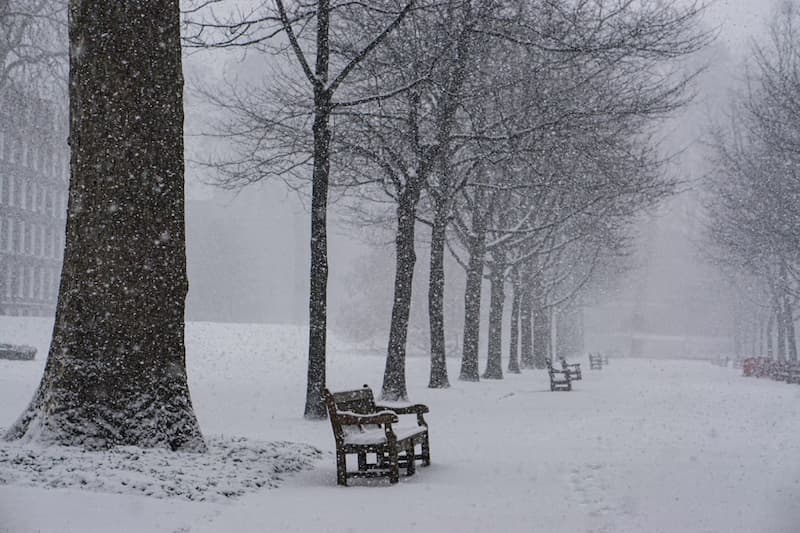 How are weather hazards caused? What can we do to tackle them? Climate change is making this topic more significant for everyone. We should have an open discussion about how to solve it.

How can we define a weather hazard?

A weather hazard is an event that can threaten people or property. This can range from injury and superficial property damage all the way up to loss of life and the total devastation of built environments.

Weather can of course offer many benefits. Strong consistent wind offers the opportunity to harness that energy using wind turbines that can then power our homes. Rainfall helps irrigate the crops that feed us. Snowfall in mountainous areas offers a huge draw for tourists hoping to do various winter sports.

However, weather hazards can cause significant issues around the world, not only from the initial impact of an event but also from secondary weather hazards that result from impacts of the first.

Cold temperatures can put a stop to a lot of activities, the hazards from this weather occur at the most extreme ends of the scale. Frost occurs when a surface temperature cools below the dew point. The dew point is the temperature at which water vapor cools into liquid. If that surface is then cooler than this point some of those particles freeze and form the layer of frost.

Frost can be a hazard to crops which normally start sprouting in spring. If they are impacted too early in their lives this can kill off the roots and leave the farmer with a huge economic impact from the loss of that crop. This happened in a serious way in 2021 in France, where wine makers lost huge amounts of crops.

In construction frost can impact concrete. Both when it will be poured, possibly presenting a project delay, or it could even weaken the strength of the concrete as it is setting. The freeze thaw cycle of a frost attack can lead to reduction in compressive strength and elasticity. We’ve written an article about concrete in the cold here.

Snow and blizzards are a hazard with much clearer implications. These are caused by large amounts of water in the atmosphere forming clouds and being cooled. This cooling can be enhanced by fronts that will push air upwards at much quicker speeds than usually seen, this then results in very quick cooling which can be the cause of particularly heavy snowfall.

Heavy snowfall can cause transportation issues as vehicles travel more slowly and accidents begin to occur due to poor visibility and poorer road conditions. Secondary hazards stemming from this could be the inability for emergency services to reach vulnerable people who could be suffering from power outages linked to the heavy snowfall.

Lightning is a weather hazard that occurs when there is an electrical imbalance between the clouds and the ground, or within cloud systems themselves. It is an intense electrical discharge that can cause serious harm if struck by it. Lightning can occur when raining or not and will be followed by a loud clap of thunder.

The thunder is a result of the air surrounding the bolt being heated to up to 5 times the temperature of the sun. This rapidly heated air creates a shock wave and continues to rumble as the air column around the lightning strike cools.

Being struck by lightning can cause debilitating injury and death. The strike can also start fires and cause fire damage which is incredibly common. Electrical surges and damage from the shockwave itself can also cause damage to buildings.

On construction sites lightning will be a huge safety hazard and the site will need to shut down until the storm passes. There are certain areas of the world that suffer more lightning than others and we have an article about this here.

Heatwaves are a serious hazard and one type of hazard which is going to become increasingly common around the world due to the escalating climate crisis. This hazard is caused when high atmospheric pressure sits in a particular location for 2 days or more. This high pressure draws in air from the upper atmosphere and pulls it towards the earth. At this lower altitude the air becomes compressed, therefore warming up.

This type of hazard can have devastating effects, especially on more vulnerable groups of people. Those who are ill or frail will have a hard time cooling down and this can result in serious heat stress or unfortunately sometimes loss of life. These conditions will likely place stress on water resources, energy resources and transport.

According to NASA the last 8 years have been the hottest on record, and 2022 is shaping up to be in the top 10 as well.

Floods are the most common weather hazard and affect people all over the globe. A flood is simply an event where water overflows onto land that would normally be dry. This problem has so many factors that contribute to and exacerbate it as well, many of them manmade.

Is your home, town or city on a flood plain or in low lying coastal land? Have logging or farming industries removed trees that would normally retain moisture? Is the urban area heavily paved with little green space, essentially preventing any water being absorbed into soil?

This weather hazard is usually caused by severe and heavy rainfall, intense snow melt or storm surges from tropical storms. These causes can be exacerbated by catchment areas that have been significantly altered, such as lower tree cover, narrower concreted river basins and having structures built directly on flood plains.

Floods result in large numbers of deaths each year, which is the most tragic effect. They also create billions in damage resulting from both property damage but also from damaged infrastructure like subways or bridges. The aftermath of floods is a huge secondary hazard.

Essential services cannot function properly, so safe water, food and shelter simply may not be available. The cost of clean up could be significant, as first water needs to drain away, damage needs to be assessed, then the clearing of debris, repairing of some structures and rebuilding of others needs to take place.

This hazard is more geographically concentrated and occurs seasonally too. Across the equatorial band these storms begin to form over water due to intense heat causing water to rise. In the northern hemisphere these conditions occur between June-November and in the southern hemisphere between November-April. As the humid air rises it rotates and forms storms.

These storms begin to circle if a low pressure zone is present, also known as a tropical depression. If this storm continues to gain heat, and momentum, it will eventually become a tropical storm and could even be labelled a hurricane, cyclone or typhoon, all names for the same weather phenomena. Once it becomes a hurricane these are measured in severity through the Saffir-Simpson scale, from 1 to 5, 1 being least severe and 5 being the most.

Tropical storms have serious impacts whenever they make landfall. This hazard brings with it intense rainfall, and often storm surges which can cause flooding. This can affect people, infrastructure, crops and the natural environment too through coastal erosion.

Those worst affected will always be the most vulnerable, as they are more likely to live in flood prone areas and will take a much greater economic hit through the damage done to their home and the community.

Weather hazards are created in various ways. As we have seen the original cause of these events are natural but due to man made climate change and alterations to the earth these can be made much worse.

What are weather risks? 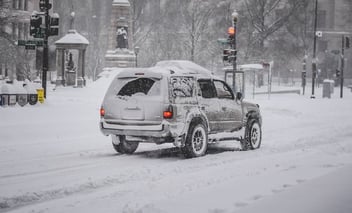 What type of hazard is climate and weather?

How to conduct a Construction Cold Weather Risk Assessment 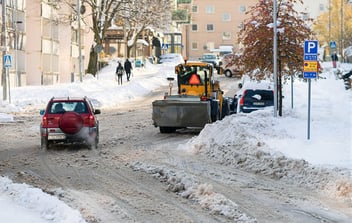